land degradation and desertification        in the sonoran desert 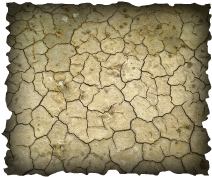 A Taste of Desertification
In many cases, including that of the Sonoran Desert, it is unfortunate that as humans, to make our lives convenient, the habitats of other animals are subsequently destroyed. Specifically in the Sonoran Desert, mining, overgrazing, and off-road vehicle use is leaving a big footprint in the delicate desert, degrading it to the point that the desert's biodiversity is being seriously threatened.

The leading cause of desertification in the United States is overgrazing. In the Sonoran Desert, much of the vegetation has been consumed by grazing cattle. As a result, the desert's vegetational diversity has been stripped of grasses and other annual plants, subsequently loosening the soil and in turn, causing mass topsoil erosion. This loss of vegetation is especially detrimental to the Sonoran Desert, considering the weather; when livestock loosens the topsoil, the desert's strong winds blow the sand, creating windstorms and escalating the desertification process. In fact, grazing's negative footprint on the environment is already made evident by the fact that Arizona's topsoil depth averages to be only half an inch, one-sixteenth of the Earth's average, eight inches.

Besides destroying the desert's environment, overgrazing's reduction of topsoil also hurts humans; it greatly lowers crop production potential for Arizona's $9.2 billion industry in agriculture, surface water quality, and the condition of drainage networks.  Another reason desertification is becoming such a problem is the increasing number of wildfires occurring in the West due to the desert's droughts.  The loss of vegetation from wildfires promotes soil erosion, invasion of weeds, and loss of sustainability of land. Desertification in the Sonoran Desert has also been caused by people moving to the area for its warm weather.  This increased population, in addition to tourists, have forced Arizona to build large infrastructure, increasing pollution and furthering degradation of the land.

Even President Clinton has acknowledged that livestock grazing has a detrimental effect on the Sonoran Desert. He used the the Sand Tank Mountains, where grazing hasn't occurred for over fifty years, as a convincing example of vegetational diversity attributable to a lack of cattle grazing.

In the end, it is evident that the Sonoran Desert is especially fragile to the effects caused by overgrazing, making it vital to limit it to a bare minimum.

Though off-roading has been outlawed in the Sonoran Desert, off-road vehicles still roam the region. A proclamation by Clinton prohibited all mechanized vehicles from leaving the Sonoran Desert's roads, though many have ignored the law and ridden through the desert habitat on motorcycles, Jeeps, and other all-terrain vehicles. This off-roading contributes to erosion, it crushes and/or loosens plants, and reduces hiding cover for animals, doing nothing but destroying the desert's habitat.

Mining is one of many attributing factors to desertification in the Sonoran Desert. To display the harmful effects of mining, we will analyze the proposed construction of the Rosemont Mine. Some problems with the possibility of building this large, open-pit mine are:
From this analysis, it is clear that building mines in the Sonoran Desert do nothing to the wildlife besides destroy part of their habitat and injure and/or kill the animals and plants that exist there.